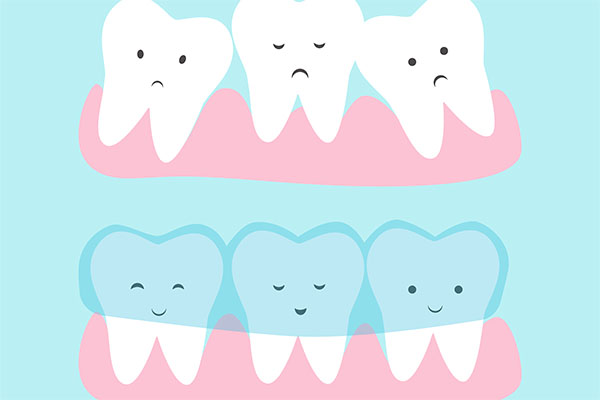 You probably already know that Invisalign® trays look very different than traditional braces, but you may not know how ideal Invisalign is for many teens. Older teens are often very active in sports or might worry about how others think about teeth-straightening devices. The clear trays of Invisalign are less conspicuous than traditional braces. You may be wondering if Invisalign aligners are a good idea for teens. There are many reasons why teens can benefit from Invisalign treatments.

The appeal of Invisalign

Younger and older patients like that Invisalign trays are clear plastic. The trays are difficult to see when the patient wears them. Traditional braces with metal wires and brackets stand out even from a distance. Teens often struggle with their self-image, so wearing discreet Invisalign aligners can help them to feel better about the process.

Removable for eating and drinking

Patients cannot remove traditional braces once a dentist installs them. Permanent braces are a source of angst for many teens who want to eat and drink foods that do not mix well with braces. Invisalign can work better for many teens because the trays are removable for mealtimes. Teens can eat sticky or chewy foods with ease. Wearers must brush and floss after eating and before replacing the alignment trays.

Playing sports and wearing a mouthguard

Invisalign trays work better when wearers have them in for the recommended amount of time each day. This includes while practicing and playing sports. Many teens enjoy playing sports, but most high school sports require players to wear a protective mouthguard. Many teens struggle to get a mouthguard that properly fits over traditional braces. Invisalign wearers do not have the same difficulties. Most mouthguards fit very well over the Invisalign trays.

Many teens are still working to master oral hygiene skills. Brushing and flossing around metal brackets and wires is difficult for teens and young adults, and many people must use floss threaders. Invisalign aligners can promote better oral health in teens. Patients take the trays out for brushing and flossing. It is easier to get the floss between the teeth without rubber bands and wires in the way. Making oral hygiene easier is a key component to having success with Invisalign aligners.

Teens can see the changes

One of the biggest reasons why teens are so successful using Invisalign trays is that the changes are visible. The clear plastic trays let teens see the progress of the teeth moving into alignment. With so many physical changes, teens can be so self-conscious. Invisalign trays are discreet, and teens can track their progress in the mirror. Teens see more consistent progress when they feel invested in the process. Parents can partner with teens to stay on track.

Teens and Invisalign are a great partnership

The teen years are full of changes and difficulties. You may be a teen looking for a healthier smile, or you may be a parent looking to help your child. Your dentist can determine if your teen is a good candidate for Invisalign aligners. Invisalign can be a great tool to create better long-term oral health.

Invisalign® is one of several options you might be considering for straightening teeth. It is a way to correct the alignment by regularly changing the trays as the teeth move into the proper positions. While it may not be right for everybody, many people with less complex orthodontic cases have success using Invisalign. With Invisalign,…

Questions To Ask Your Dentist When Considering Invisalign For Teeth Straightening

How Invisalign Is More Convenient Than Traditional Braces