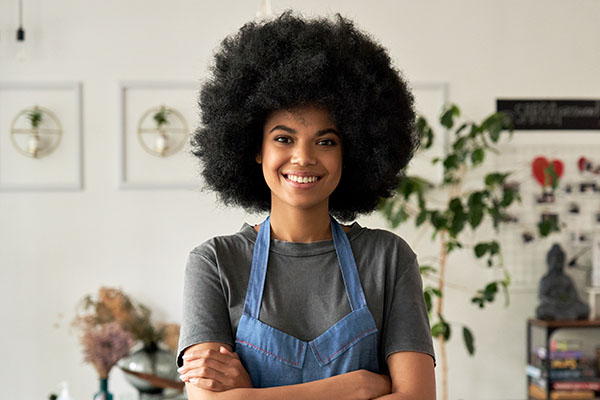 If you have uneven or crooked teeth, you might be very self-conscious about it. Teeth straightening can correct this issue and give you the smile you want. But, some options are much more noticeable than others. Invisalign offers effective teeth straightening. It is discreet and almost unnoticeable.

Gently correcting the teeth without the obvious flash of braces is very important to some people. If someone is already shy about their appearance, braces can make the problem worse. Invisalign does not draw attention to the mouth area in the same way as braces. This is appealing to people hoping to stay as close to their original look as possible.

Invisalign uses two clear plastic trays to move the teeth into place. Dentists use a program to digitally design the trays. This allows the trays to fit tightly over the teeth. With proper fitting, the aligners will not move or come loose during wear. People often cannot see the aligners from a distance at all. Even up close, Invisalign is discreet.

Braces can cause the lips to protrude on wearers. This can change how the face looks in profile. The metal brackets of braces are visible head-on. Invisalign does not cause the lips to stick out because it does not require brackets and wires to stay in place. People can feel more like themselves wearing Invisalign.

Invisalign is so easy to use. Once the dentist designs the Invisalign trays, the patient can develop a simple routine to care for their aligners. Wearers need to remove the aligners when eating. A small case is handy to store them when out and about. After eating, patients should brush and floss. Then, people can put the aligners back in.

A better fit for active lifestyles

Invisalign does not need visible brackets and bands to stay in place. It will stay put even during intense athletic activity. The aligners will not get caught on clothing. Wearers should wear them even during sporting events. Mouthguards fit over Invisalign aligners to protect the teeth and the aligners.

Invisalign is a clear choice

What and how people eat can affect the look of Invisalign aligners. The trays are more likely to stay clear if you avoid foods and drinks that stain teeth. Once something stains the trays, they will likely remain stained until it is time to switch to the next set. If you remove your Invisalign trays before drinking coffee or tea, you can continue to enjoy these drinks without changing the look of your aligners. By regularly brushing and flossing before replacing the aligners, you can avoid trapping food between the teeth and the trays.

Invisalign® is one of several options you might be considering for straightening teeth. It is a way to correct the alignment by regularly changing the trays as the teeth move into the proper positions. While it may not be right for everybody, many people with less complex orthodontic cases have success using Invisalign. With Invisalign,…

Questions To Ask Your Dentist When Considering Invisalign For Teeth Straightening

How Invisalign Is More Convenient Than Traditional Braces